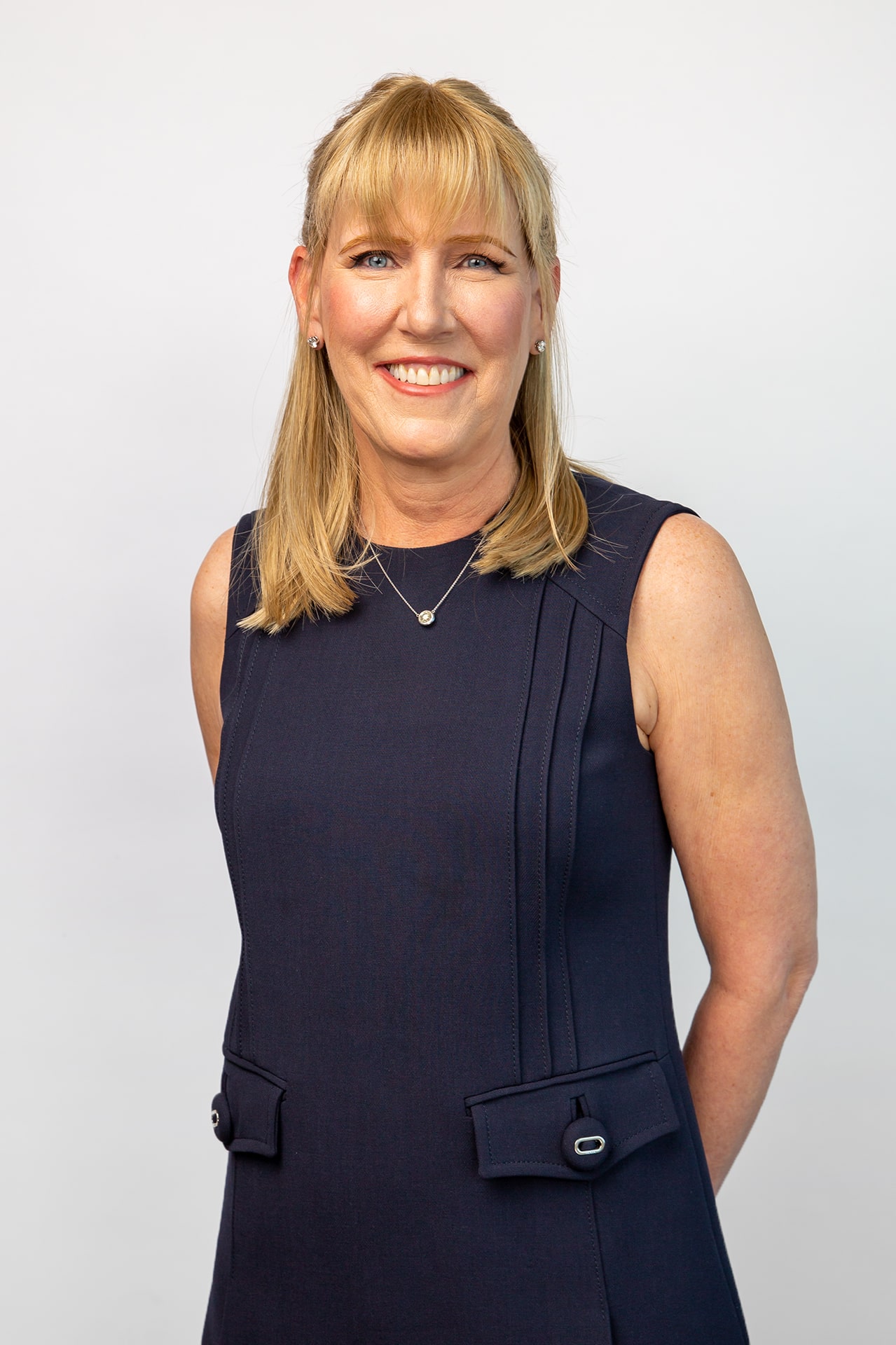 When Sonja Hoel Perkins’ dad turned 80, she wrote him a letter. In it, she started to thank him for everything he’d given her—love, an education, encouragement. And then she changed the letter. She ended up thanking him for everything he hadn’t given her—an easy ride, false hopes, lots of money, or maybe the sense she could get by on anything other than hard work.

“He loved it,” says Sonja. And it was an apt tribute because he had, in fact, prepared her for life. “In my world,” says Sonja, “you deal with failure a lot.”

It’s one of the most powerful engines for growth in U.S. business. Venture capital backed creation of the Model T; it helped start Apple and Amazon; it funded the vaccine creators who have battled COVID. Simply, venture capital is the lifeblood of innovation and jobs creation.

It’s also a world with few women or persons of color in it. About 8% of all venture capitalists are female; about 1% are Black. A short while into her first job at TA Associates in Boston shortly after college, it struck Sonja that she was the only woman analyst in the firm. Was that the real reason I got hired? she wondered glumly. It didn’t matter; she had her foot in the door.

Was there discrimination? She decided, “You’ll find it if you look for it; so, don’t look for it.” Meanwhile, she scanned sports scores on Sunday night so that she could join the office banter on Monday morning. She pretended to like Scotch so she could be part of the kick-back sessions after work on Friday. Day after day, she called hundreds of software companies, interviewing executives to see if their business model made them a good prospect for investment. She worked for weeks at a desk without a proper desk chair; the secretary wouldn’t order one for her.

No matter. Sonja was used to creating her own luck. The daughter and granddaughter of Norwegian immigrants, she was raised to value education and effort. Her father grew up poor in Brooklyn, eventually earning a Ph.D. in city and regional planning from the University of California-Berkeley and becoming a global expert in urban transportation. The family settled in Charlottesville where Dr. Hoel was chair of the Civil Engineering Department at the University of Virginia.

“I had a really great father,” says Sonja. “He absolutely believed in us. He was gone a lot of the time, but on vacation, he and I would go on these long walks, and he’d tell me all about his work.”

Her mother focused on raising their three daughters and keeping the house. “My father was very interesting,” says Sonja. “But in some ways my mother was my inspiration. She wasn’t allowed to go to college because she was a girl. She showed me what it was not to have options.”

Sharing my passion about Project Glimmer

Inspiring every girl to envision and realize an empowered future

With Jon Perkins enjoying the Ai Weiwei exhibit on Alcatraz

Celebrating my father's 80th birthday with my very happy child

So, Sonja developed grit. In high school, she was passed over for cheerleader. She joined the choir. She got cut from the basketball team but became team statistician. She didn’t make tryouts for field hockey or volleyball, but she played lacrosse, where tryouts weren’t required.

“My father kept telling me, ‘There is life after high school,’” says Sonja. And he was right; college was better. Because she could get paid more, Sonja took jobs programming and troubleshooting computers at the Department of Neurosurgery and the McIntire School of Commerce at the University of Virginia, where she was an undergrad. She landed an offer in 1989 from TA Associates in Boston after one of her UVA professors recommended her based on her expertise with PCs.

At TA Associates, Sonja was developing a feel for the emerging world of computer software start-ups. Over the next two years, she turned up opportunities that earned the firm and its partners serious money. But if she wanted to make partner one day, she knew, she needed an MBA. So, she applied to and was accepted at Harvard.

A few months before heading off to graduate school, she was thumbing through an issue of PC Magazine when she spotted an ad for an antivirus company called McAfee Associates. They were looking for salespeople. Something in her head clicked and she started researching the firm. She called them and eventually found herself talking to John McAfee himself. Was he interested in an investment deal? Sorry, he replied; he had just agreed to be purchased by Symantec. Sonja offered him an even better deal, though she had no actual authority to make any such offer. McAfee liked what he heard, and the deal was struck. It brought TA Associates a return on its investment of millions and millions of dollars.

At Harvard, Sonja built her network, and her network eventually landed her a position at Menlo Ventures in the heart of Silicon Valley in 1994. At 29, she became the youngest general partner in company history. Her track record for picking winners—for helping companies like F5 Networks, Acme Packet, and Q1 Labs take off—made her one of the most successful venture capitalists around. Menlo Ventures gave her their “Investor of the Year” award six times. In 2015, Worth magazine named Sonja to its list of the “100 Most Powerful People in Finance.”

And then life threw her a curveball. In March 2008, Sonja was diagnosed with breast cancer. She also became the mother of an adopted baby girl. On the same day that she finished her second round of chemo, she drove from the hospital where she was being treated to another where her new infant was about to be born.

“That was when the lightbulb went on in my head,” says Sonja. “Having breast cancer and becoming a mom makes you very much a woman. And things got really hard for a while. I realized I had healthcare, a secure job waiting and people who loved me. And I thought: What must it be like for women with much less?”

Sonja became, in her words, “a feminist overnight.” After 22 years at Menlo Ventures, she stepped away in 2016 to start her own company—the Perkins Fund. The mission of The Perkins Fund is “investing in people and companies that matter,” according to the web site. More than half of the company founders that the fund invests in are women, compared to an industry average of 2%. Black women business owners represent 12% of the portfolio. (The industry average is 0.27%.)

Sonja also founded Broadway Angels. Broadway Angels is a woman-run angel investor group that seeks strong returns while also inspiring women to become venture capitalists and entrepreneurs. Over 60 women are now members, sharing deals and due diligence but investing their own funds. “We’re friends, but most important, we have purpose,” says Sonja.

There was one more group Sonja wanted to support—teenage girls. In the same year that she started Broadway Angels, Sonja founded Project Glimmer. Project Glimmer is about building the self-confidence of adolescent girls growing up in poverty. Such girls don’t always make good decisions because they haven’t imagined a future that holds possibilities for them. Project Glimmer’s mission: To inspire every girl to envision and realize her empowered future.

“Not everyone is lucky enough to have parents like I had, who believe in you,” says Sonja. “Self-esteem starts when you’re young, and part of self-esteem is feeling loved and valued.” Begun as a single holiday gift drive, Project Glimmer and its partners have now reached more than 700,000 girls across the U.S. to provide role models, mentoring, gifts, career coaching, and more.

The woman who today can move millions of dollars at will remembers the teenager who got her first job at age 14 and couldn’t make the basketball, volleyball, or field hockey teams.

“You know, I would tell that younger version of myself not to worry—that things always happen the way they should,” says Sonja. “If you look at what goes wrong, you can learn so much from it. Like having cancer and a baby at the same time. It was the catalyst for me to change my life. Without that experience I would still be working at my old job, which would’ve been satisfying. But this life, helping women and girls? This life is a lot more satisfying.”