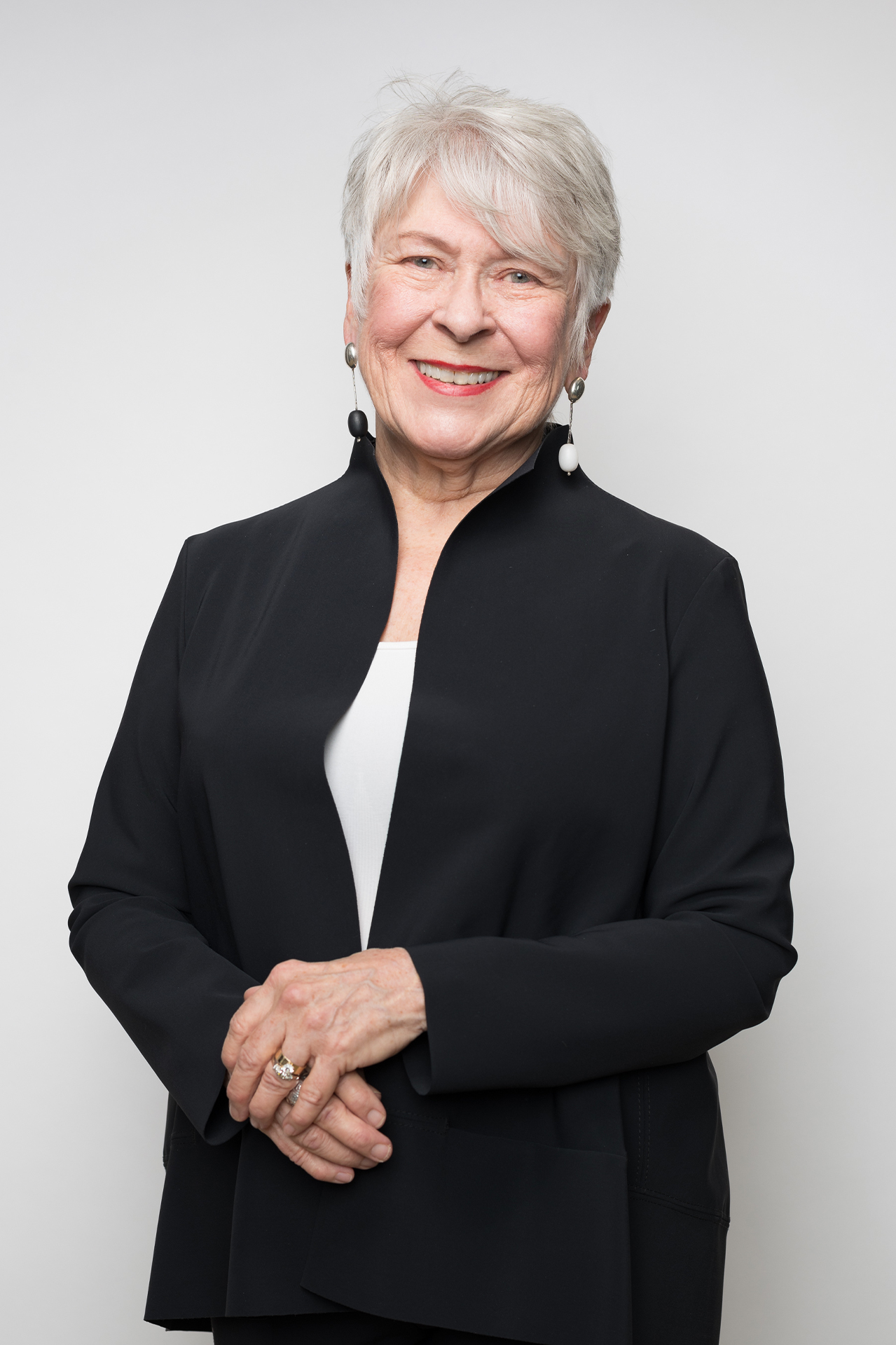 And . . . she had a friend. This friend had extra office space at his company, plus a receptionist he was willing to share.

From that modest start grew a firm that won more than two hundred industry awards and built an international reputation for innovation that has permanently changed the way businesses think about and create their spaces.

“I always tell young people to create networks because those networks will come back to help you,” says Eva. And, indeed, her career has been a tribute—in part—to the power of relationship.

At the INSIGHT conference

Exhibition design for the Art Institute of Chicago

It also didn’t hurt that Eva got in on the ground floor of an emerging discipline. In the 1960s and 70s, Chicago was in the midst of a high-rise building boom. Corporate interior design was suddenly a fast-growing field. Prior to that time, the classic office environment consisted of desks arranged in functional rows. Eva was pivotal in changing that by introducing space planning that made bold and strategic use of architecture, color, pattern, and décor to communicate a company’s mission and values. She invented the idea of “branded environments”—a concept that’s now commonplace in commercial design.

Yet her success was anything but an overnight sensation. The daughter of a contractor and businesswoman growing up in Viola, TN (population 131), Eva knew from the start that she wanted to run her own company one day. The fact that most women didn’t do that . . . that architecture and space planning were mostly male-dominated industries . . . that lots of the companies she called on early in her career laughed her off the phone . . . didn’t deter her.

“What’s funny is I wasn’t even thinking about the women’s movement as I was getting started,” she says. “I just had a vision and I was going to be successful and that was that. I kept my eye on the target. And I think not giving up has been one of the other things that I can say about myself.”

Her first clients were friends—a further testament to the strength of her network. “People I’d been working with before called and wanted to give me assignments, wanted to make me successful, which was great,” she says. Those first projects led to more projects and went on to include award-winning assignments for such clients as DuPont, Northwestern University, Bank of America, Ogilvy & Mather, the Rehabilitation Institute of Chicago, the Museum of Science & Industry, and the Intrepid Sea, Air & Space Museum. After 27 successful years, Eva Maddox Associates was purchased by Perkins & Will, one of the three largest architecture firms in the world at the time.

She was influential as well as co-founder (along with Stanley Tigerman) of ARCHEWORKS, a multidisciplinary, post-graduate design school in Chicago. Begun in 1994, ARCHEWORKS advanced the field of Public Interest design—that is, design focused on solutions that meet a social need. ARCHEWORKS is recognized today for its impact on the focus of traditional architectural and design education, and it is a validation of Eva’s years of work to underscore the value of design in society.

The power of relationship also translated into the team Eva built around herself. “One of the most joyful things about my career has been discovering other people’s talent and encouraging them,” she says. “Maybe I was the visionary or strategist on an assignment, but I relied heavily on my team. I think leadership is hearing everyone’s voices and then giving them the glory if they succeed. That has been so much fun for me.”

It’s a kind of leadership that Eva believes to be a strength of women in particular.

“I think women are good at managing that diversity of voices,” she says. “They know how to be flexible in their approach to things—to handle situations where things happen and not over-react. They’ve had children. They know to expect anything.”

Eva is optimistic about the positive impact women can have as they step up. “I’m hoping as more women move into leadership that the world will be a kinder place,” she says. “I really think women need to recognize that they have talent and that they bring a tremendous amount to the table. Which means—they have to speak up. Be brave. Just go do it.”