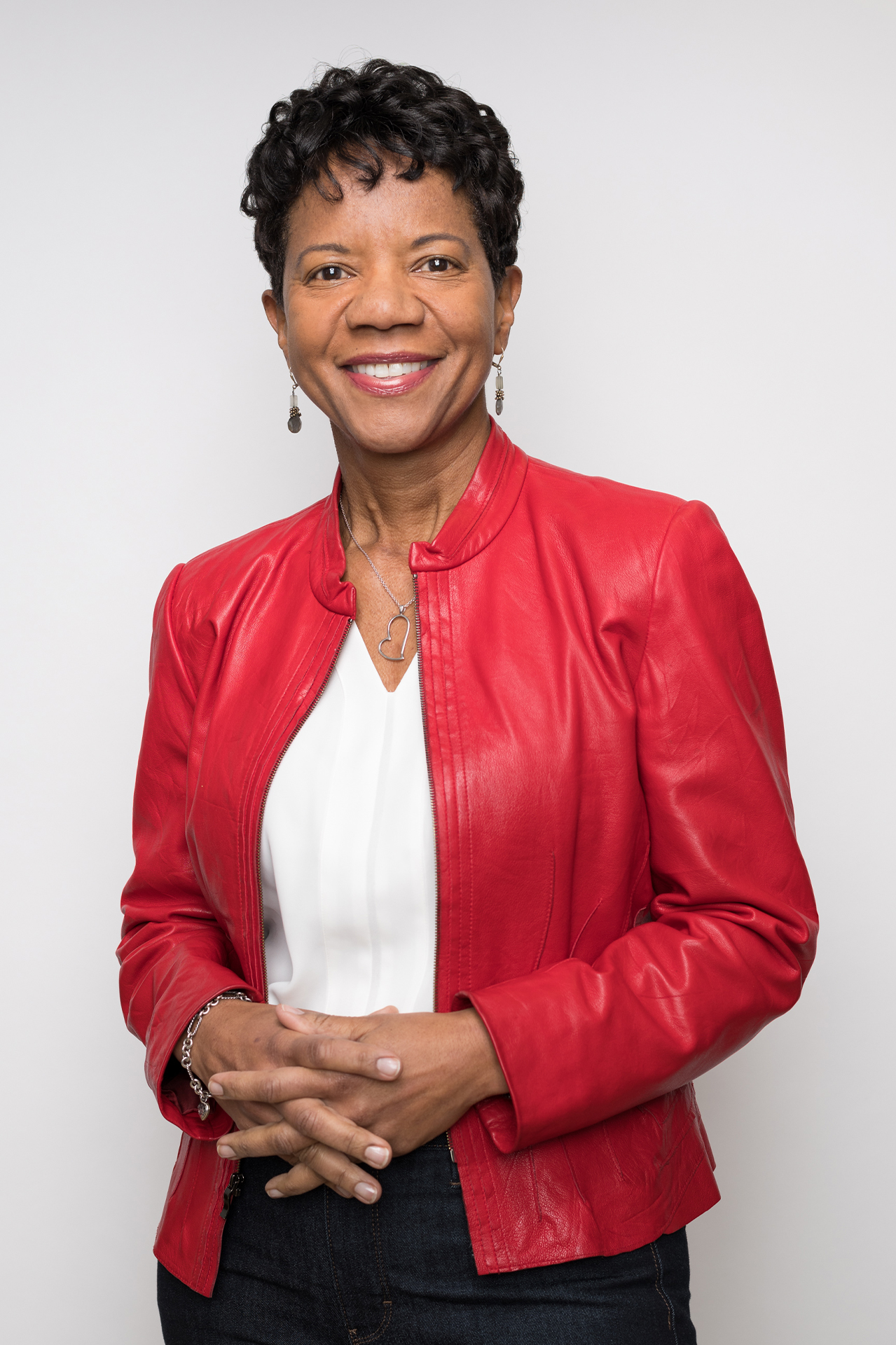 For Lillian Dukes, finally getting taken seriously at her company meant finding a seat at the table. Literally. “Early in my career, I was talking to one of my mentors,” she says. “I was working hard and getting good results at my company, but I wasn’t getting promotions. I didn’t understand it. He was willing to say to my face what others were saying behind my back—that they didn’t think I could do the hard job. I was stunned. ‘My results say I’m producing,’ I told him. And he said, ‘That’s not enough. You’ve got to be part of the conversation. At meetings, where do you sit?’ ‘I sit along the wall.’ ‘Why don’t you sit at the table?’ he asked me. ‘Those seats are for people higher up in the organization.’ I said. He said, ‘There are still open seats at the table. If you want to be taken seriously, at the next meeting, you sit at the table and you be ready to contribute to the conversation.’”

It was a crucial lesson for Lillian. A self-described introvert and math whiz, she would have been happy “just sitting in a room crunching numbers,” she says. But she also learned early on that staying in her lane and playing by the rules would only take her so far.

Meeting a Queen Mother of Uganda at a welcome event

Family Day: Sitting on the wing with Maddy

Manufacturing a great product with great people at Beechcraft

Meeting one of the people I admire, Condoleezza Rice

Having fun at the orphanage in Haiti

At home with my fur babies

My parents and siblings at their 25th wedding anniversary

Recognized as a Change Maker in business

Fortunately, she was already well-versed in living outside her comfort zone. Her mother and father were foster parents for 21 children; Lillian was one of only four girls. “That teaches you survival,” she says. “You learn to climb trees and ride bikes and play basketball and do whatever the boys are doing because that’s who’s around to play with. And you become very competitive, because my brothers would pick on the loser—and I was determined it wasn’t going to be me.”

A college Physics professor spotted Lillian’s math ability in a program for gifted minority students and encouraged her to study Engineering. She became the first member of her family to graduate with a four-year degree, earning her BS in Math and Electrical Engineering from Carnegie Mellon, and then an MS in Electronics and Electrical Engineering from Villanova. After college, her career in aviation began with GE Aerospace. The training philosophy there was to rotate new engineers through many parts of the business. While taking on various roles, she also glimpsed a different way to run organizations and lead people.

“I’d never been a formal leader, but I didn’t like what I was seeing,” she says. “It was all about control. It wasn’t collaborative. There was no sense of really caring about people. And I think maybe women are a little more nurturing that way. So, I decided I’d go for a leadership role and try leading people differently. I said to myself, ‘Either this is not how the company does things and I’ll get fired, or I’ll do it differently and it’ll work.’”

It worked. Lillian discovered she was good at leading teams—and complex projects. From GE, she went on to leadership positions at American Airlines, Midwest Express Airlines, Independence Air, American Eagle Airline, Beechcraft, and Spirit Aerosystems. She has managed multi-million-dollar budgets and global systems for some of the world’s leading aviation companies.

Along the way, her management style emphasized inclusion, she says, because she knew what it was like not to be included.

“I distinctly remember situations where there were opportunities for promotions,” she says, “and the activities in the selection process were different for me than for other individuals. I assumed we would all show up, have an interview, and the best candidate would be selected. In fact, the successful candidates were getting invited out to dinner or golf or something that allowed additional dialogue. And I was only getting invited to the formal interview. I had no idea that was going on.”

A mentor finally took her aside and offered to build her resume with new assignments. She learned to say “yes” to any challenge. “You can do so much more than you thought possible,” she says. “I’ve now done just about every aspect of aviation, operationally. Each job taught me how to run an organization better, even if I started out by thinking, “What have I done to myself now?”

Today she works to pay it forward. In addition to consulting, Lillian volunteers in Haiti with an organization whose mission is to break the cycle of poverty thereby promoting sustainable human development for impoverished children and their families through a robust, full-life development program. It includes advocacy for children and families, health services, community building and enhancement, support for entrepreneurship, and a comprehensive child and family protection program.

“I don’t think we as women have done enough in reaching out and mentoring other women,” she says. “The networks we build are so important. To girls coming up, I would say, “There’s nothing to lose by speaking up. There will be times when things are tough. Reach out when it gets rough. But don’t lose your voice. Speak up.”